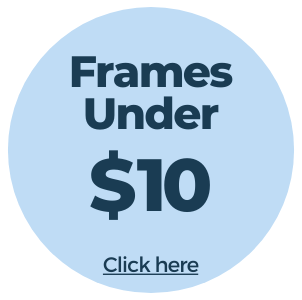 Tortoiseshell glasses are one of a kind frames from the 1920s. Looking for some ‘out there’ frames to change up your style? If you want a pair of glasses that stand out from the crowd, then shopping for the latest collections of tortoiseshell glasses is an absolute must. Find the best tortoiseshell frames for an everyday look at school or work, or find the ultimate oversized statement piece to complete your trendy outfit!

Yes, they’re the most fashionable glasses yet! Since tortoiseshell glasses are considered universal frames, they tend to suit any person, complexion, and face. They are often unisex and can work interchangeably for both men and women. Whether you want to keep it casual at work or want to create the perfect weekend look, tortoiseshell glasses will make sure you look your best.

Tortoiseshell glasses are well-known for their earthy tones, such as leafy browns and greens. Finding frames in a brown tone is pretty rare and may not be to everyone’s taste. However, once the tortoiseshell pattern hit the market, the most elite fashion statement pieces came to life.

To the eyewear and fashion industry, tortoiseshell glasses are a total game-changer that reappear each season. Although they sometimes have more bold and modern variations, the glasses always withhold their unique and trendy design.

Just like your everyday frame styles, tortoiseshell glasses are now a fashion norm. Whether you’re wild and bold, or minimal and elegant, these frames are perfect for you. Many celebrities wear unique tortoiseshell glasses frames regularly in famous fashion runway shows. The choices are endless! There’s quite literally a pair for anyone and everyone, despite your face shape, size, skin complexion, personality, and individual fashion style. Their versatility really makes tortoiseshell glasses that next ‘big thing’.

What colors go with tortoiseshell glasses?

A nice contrast is the key to standing out a little! Opposites attract, right? Think of this when it comes to your tortoiseshell glasses! With darker hair tones, the best tortoiseshell glasses have contrasting, lighter tones or dark frames with light segments and patterns in the mix. This high contrast will highlight your hair instead of making it appear dull.

The same works for a lighter hair color such as ashy white and blonde. These tones work well with warmer shades, such as toasty brown, mustard, and gold. These shades allow the frames to naturally stand out rather than blend in while enhancing and highlighting the natural beauty of your hair color. If you struggle to find a color that suits you, clear frame glasses could be the perfect option for you.

The typical earthy golden-brown of tortoiseshell glasses goes perfectly with trendy tones such as earthy green, dark reds for the colder seasons, fuchsia pinks, rich golds, turquoise, and bright lemon yellow. Anything out of the ordinary that contrasts with the neutral and minimal tortoiseshell color surprisingly pairs well!

Why are tortoiseshell glasses so popular?

Tortoiseshell glasses became popular in the 1920s. Back then, real tortoiseshell was used. However, thanks to the Convention on International Trade in Endangered Species, the material was banned to avoid tortoise extinction in the 1970s. Now, they use a more appropriate material such as acetate or plastic to achieve the same great style.

This has allowed the fashion and eyewear industry to come up with creative and innovative designs for all occasions in an ethical manner!

Want to try before you buy? We’ve got your back! With SmartBuyGlasses, you’ll have the opportunity to try on glasses from the comfort of your own home with our Virtual Try-On. No queues, no fuss, no pressure! Start trying the latest tortoiseshell glasses!

Whatever you choose, you can make the most of our best price guarantee and 100-day return policy! Which style will you go for?